Tim Kmet is making history every time he steps on the ice this season with the Chicago Blues Hockey Club. The 2014-15 campaign is a milestone for Tim and his parents Ed and Michelle, as Tim is only the second player in club history to skate with the Blues from Mites to Midget Majors. It’s an exclusive fraternity, as Tim follows in the skates of Connor McDonnell (son of longtime Blues coach Bill McDonnell) as the club’s only Mite-to-Midget players. Today, Connor is a senior finance major at Miami of Ohio.

From diapers to ice skates

Like most young hockey players, Tim got an early start, learning to skate at age 2 with father Ed at his side at a neighborhood outdoor rink. When it was time to hit the ice in earnest, Tim found his way to the Edge Ice Arena. “When the time was right my dad talked to some parents of older boys who played and they all told him the Mite program at the Blues is where I should skate,” he said.

Tim, a 1997 birth year, said he has too many great memories of his Blues years to recount them all, but he gave it his best shot. “All the friendships and the road trips have been great,” he said. “But the best memory would be winning the USA Hockey Pee Wee AA national championship in Reston, Virginia."

Tim said he’s also had a number of outstanding coaches, but two names surfaced to the top. “Todd Finner coached me most of my years with the Blues and helped turn me into the player I am today,” he said. “Another favorite coach was Stan Stiopkin. He introduced us to some interesting drills and made us look at the game differently.”

“Tim started playing at the Edge in 2002 season, and he quickly became the best player in the introductory hockey league,” said Coach Finner. “Soon enough, Tim was playing travel hockey for the Blues as a defenseman and was part of the 1997 elite group that was a permanent fixture in league and state championships. Tim was a big part of a team that won the Pee Wee AA USA Hockey National Championships and lost a heartbreaker two years later in the 2012 Bantam Major AA national semifinals.”

How would Coach Finner describe Tim’s style of play? “He personifies the type of player I always strive to develop,” he said. “Tim is skilled, intelligent and strong on his feet. His vision makes him dangerous in all three zones as he loves to quarterback the play and always enjoys a good game of keep-away with the other team. With great positioning on one-on-one battles, it always seemed as though Tim would inevitably end up with the puck.”

Now that Tim is a seasoned youth hockey veteran, what advice would he offer a Blues Mite in his first season of hockey? “The best advice I could give is to have fun and keep hockey in perspective,” he said. “While hockey is important, it’s also important to have balance with hockey and the other things in life.”

Speaking of balance, the senior at Riverside-Brookfield High School is spending some of his off-ice time narrowing his college choices. He plans to study either bio-medical or mechanical engineering and is choosing among Marquette, St. Louis University and the University of Kentucky. He also hopes to play club hockey in college.

Tim also competed for his high school golf team, earned his level 2 hockey referee certification and volunteers at a local community center. His favorite NHL team is the Chicago Blackhawks, and his favorite player is Duncan Keith. “I try to model the way I play after him,” he said.

Several of Tim’s former Blues teammates have departed to play AAA Midget Hockey or Junior Hockey over the years. “It’s a path Tim could have likely chosen himself but he decided would rather finish his youth career with the Blues,” said Coach Finner. “It’s always bittersweet for me to see a good core break up and players head in different directions, but time moves on.

"One thing I know for sure is that regardless of where they play, when these young men meet up it’s clear they are part of a fraternity that will last forever. I am proud of Tim Kmet and his accomplishments on and off the ice. I am also proud to say that Tim has never worn a jersey other than that of the Chicago Blues. True Blue!”

"I will miss my friends most of all."

Now that his Chicago Blues career is in its final season, Tim said he’s trying to soak it all in and relive the memories along the way. “I think I will miss my friends most of all,” he said. “It's been great getting to meet so many people, and I know I will have these friendships through adulthood. The Blues organization and hockey have really helped shape the person I am today, and I look forward to the next chapter.” 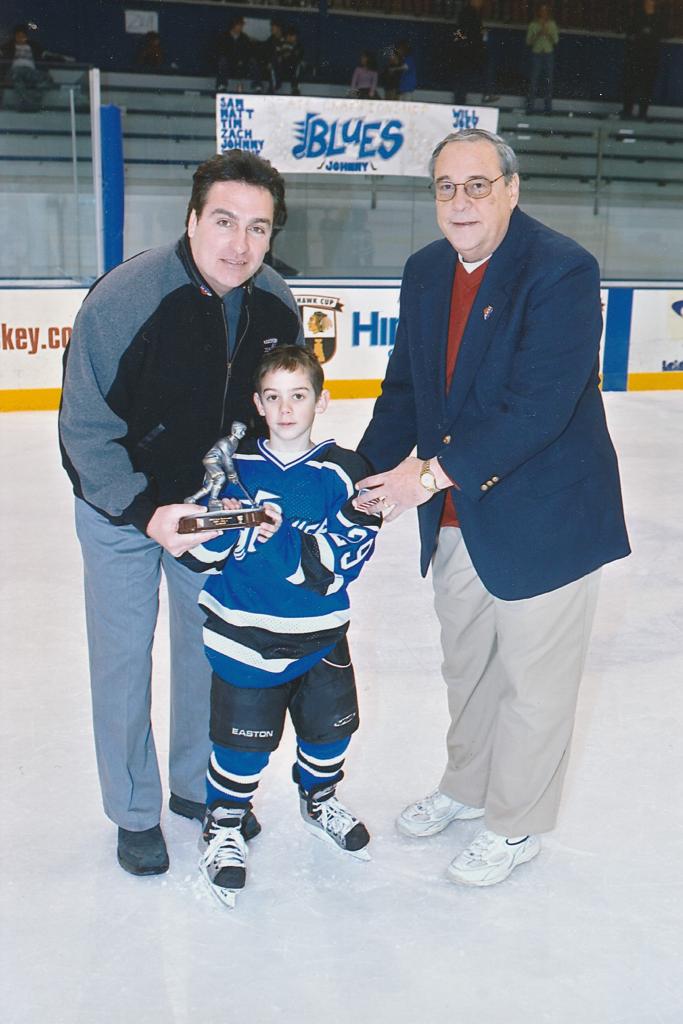 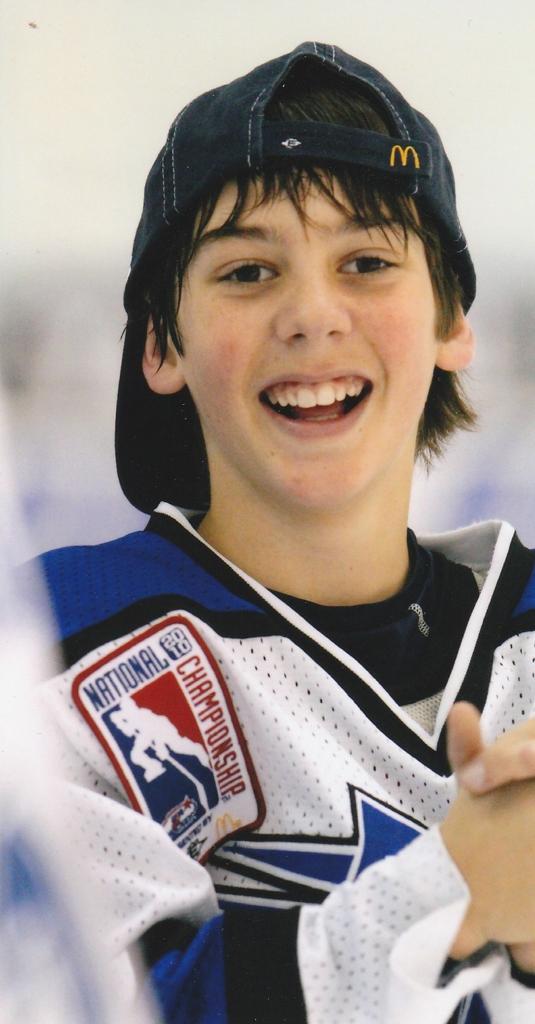 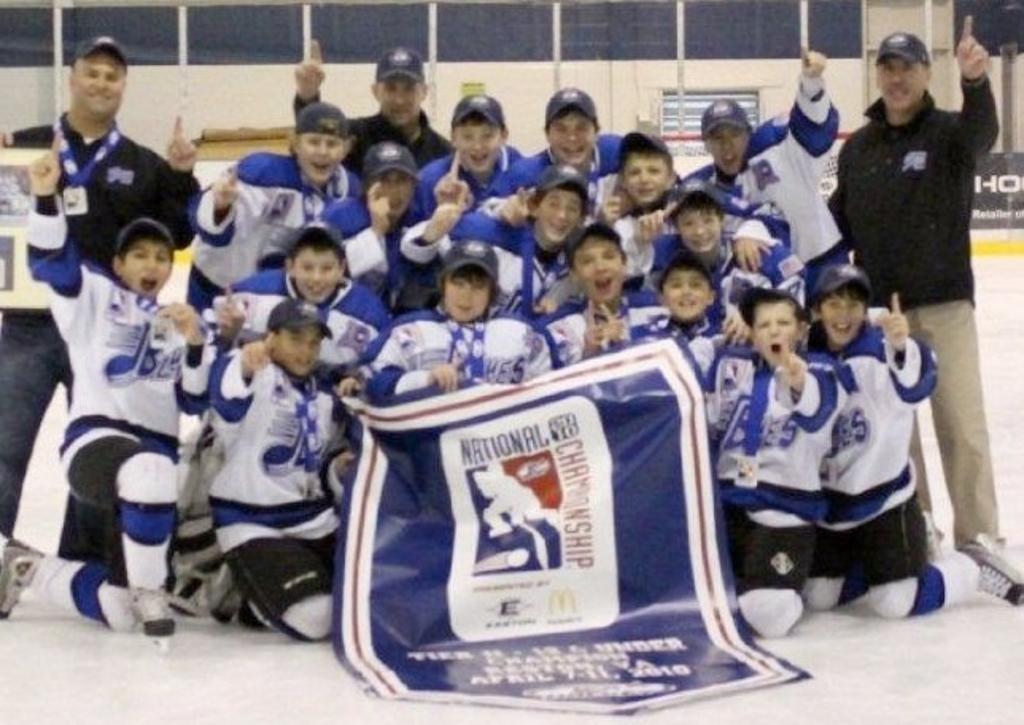 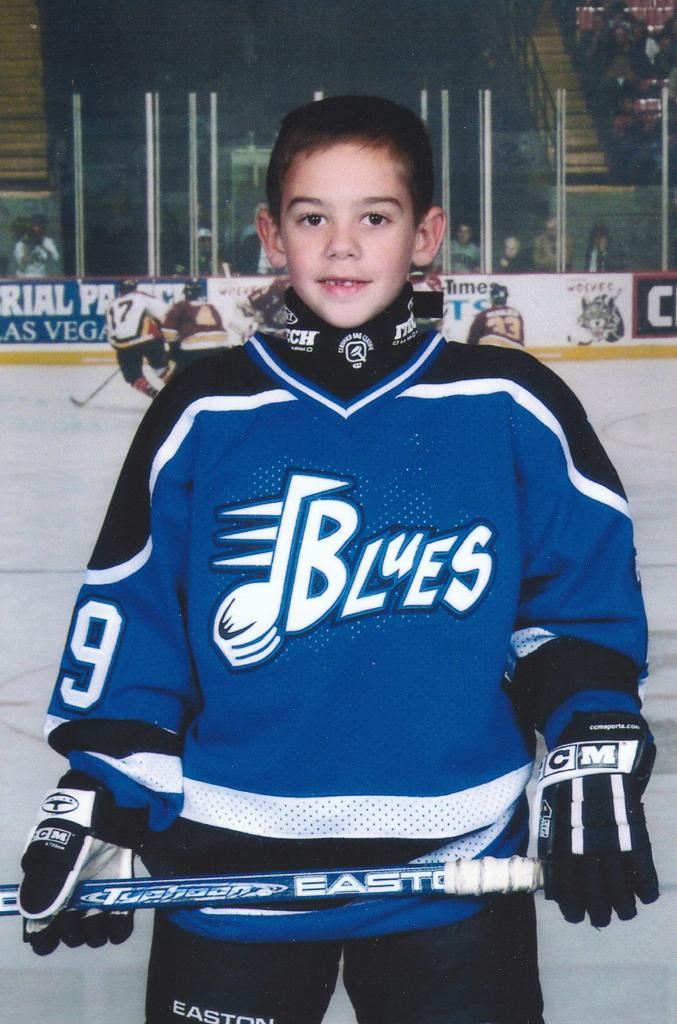 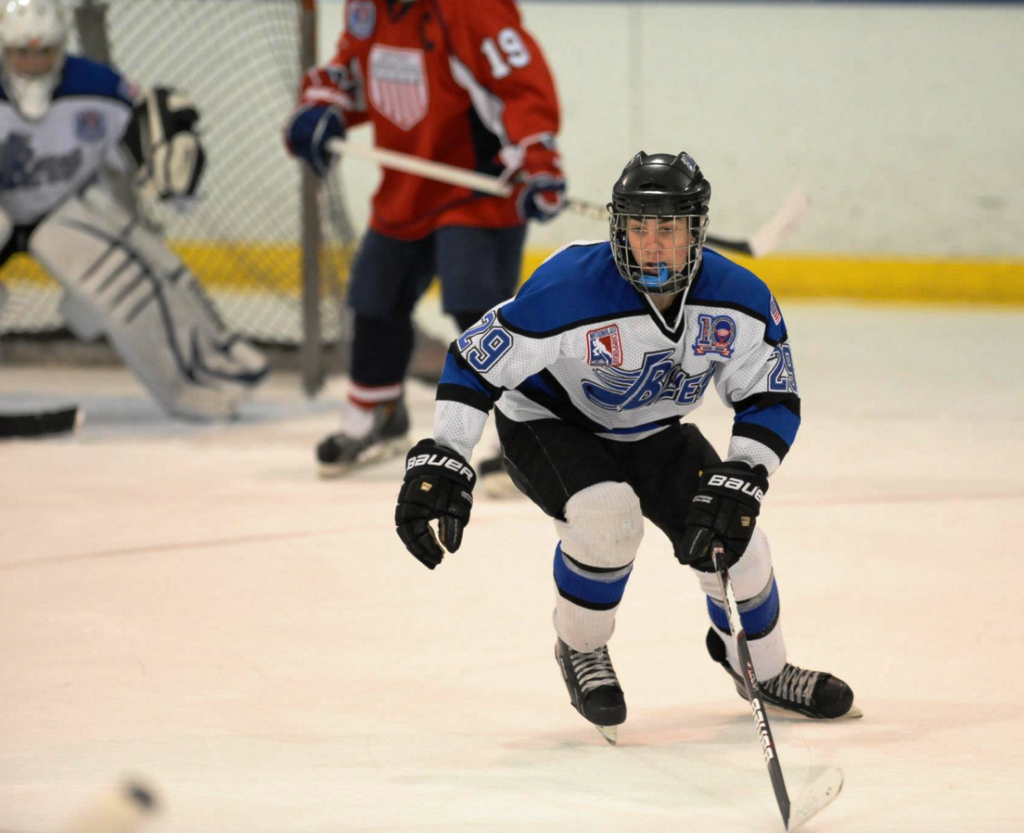 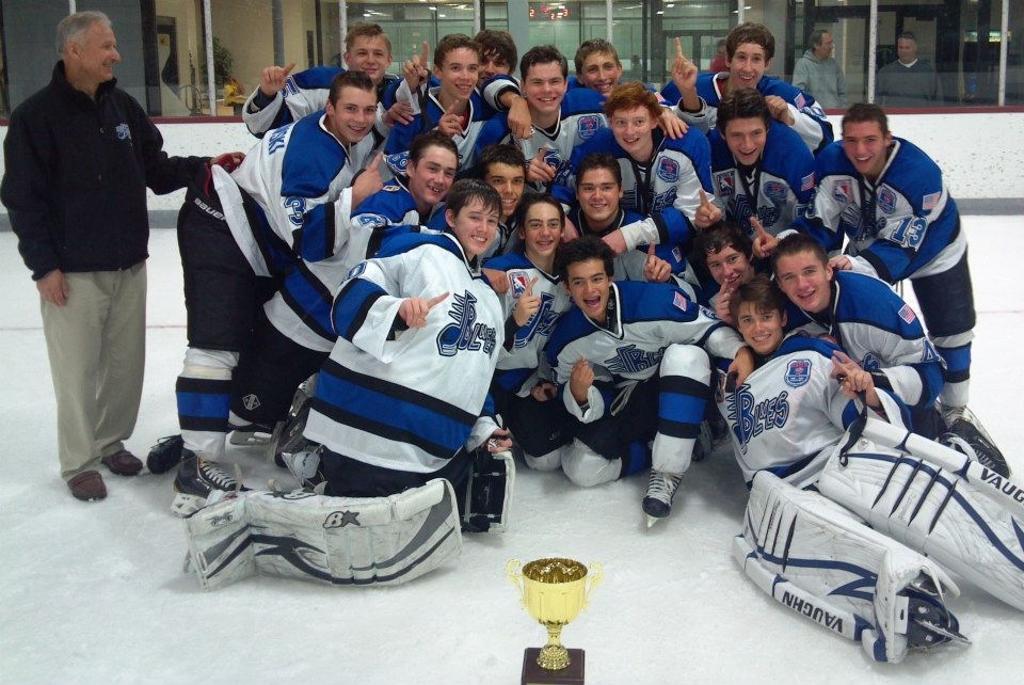 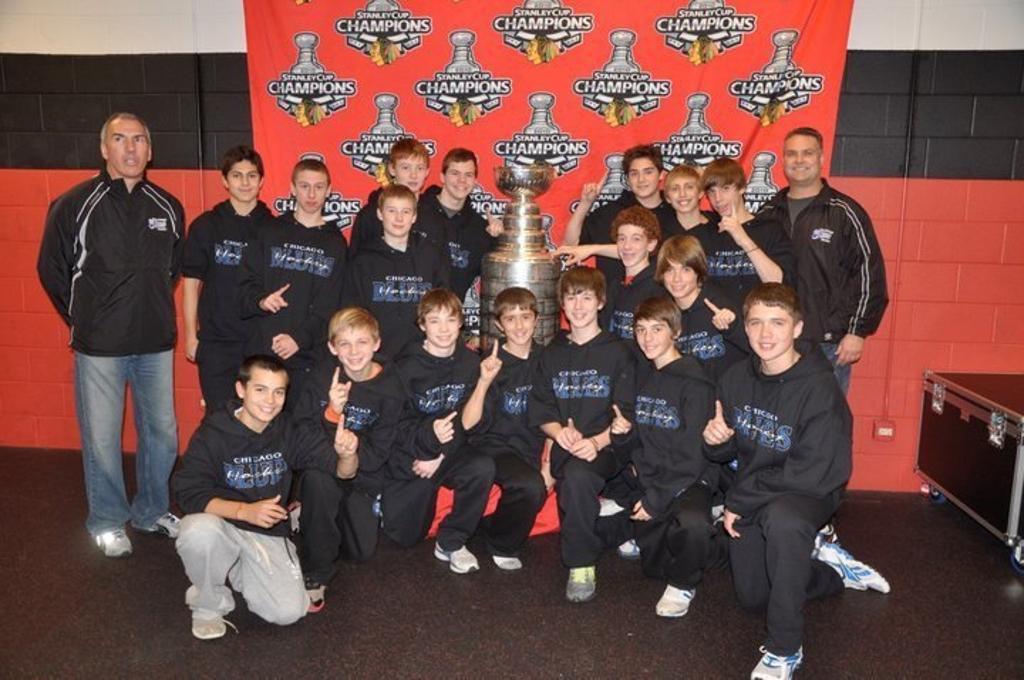 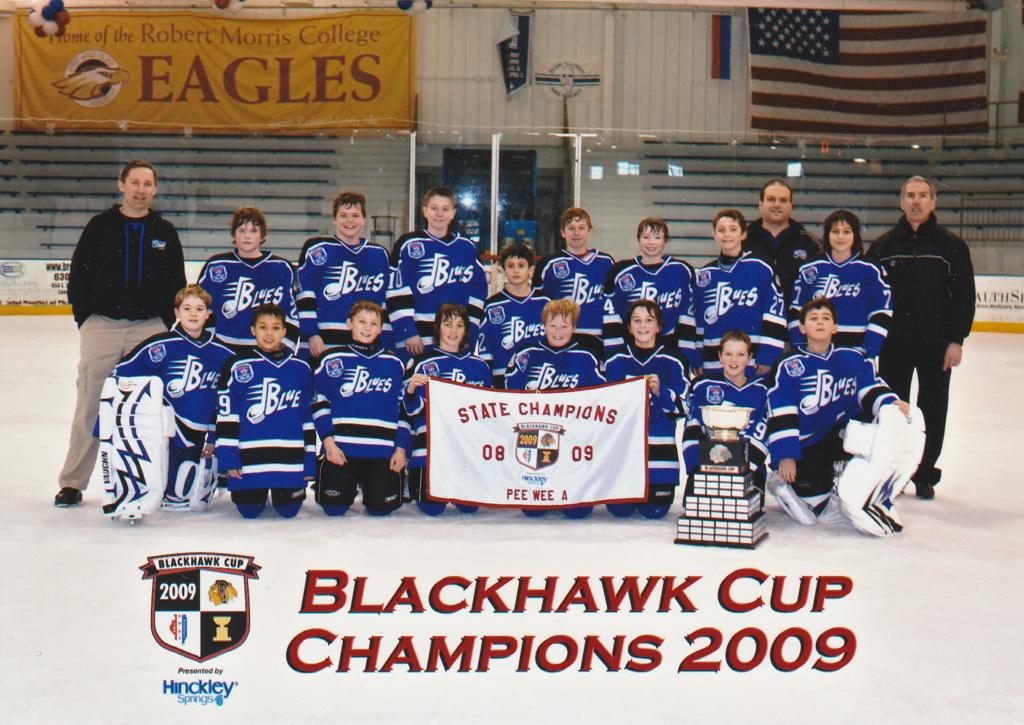