The Chicago Blues Bantam Major CSDHL team completed one of the most historic seasons in club history late Sunday night in Salt Lake City. The team’s season ended in a 3-1 loss in the USA Hockey 3A national semifinals. The defeat came at the hands of the Oakland (MI) Grizzlies, who a day later won the national title game.

The 2014-15 Bantam Majors were the fifth team to represent the Chicago Blues Hockey Club at the USA Hockey Nationals. Somehow this one felt different. Thanks to the power of the Chicago Blues’ social media platforms, the Bantam Majors had hundreds of fans who were rooting for the squad a time zone away. The evidence is the dozens of Facebook likes and comments and Twitter retweets.

When the semifinal clash ended at 10:05 p.m. (Mountain time) on Sunday night, a combination of pride and sadness was felt throughout the Chicago Blues Hockey Club.

“Our goal from day one was to win the national championship,” said Hockey Director Jeff Jones. “We came within one game of that goal, and I am proud of the way these kids represented themselves and the Chicago Blues Hockey Club.”

Here are just a few of the Bantam Major CSDHL team’s accomplishments in 2014-15: 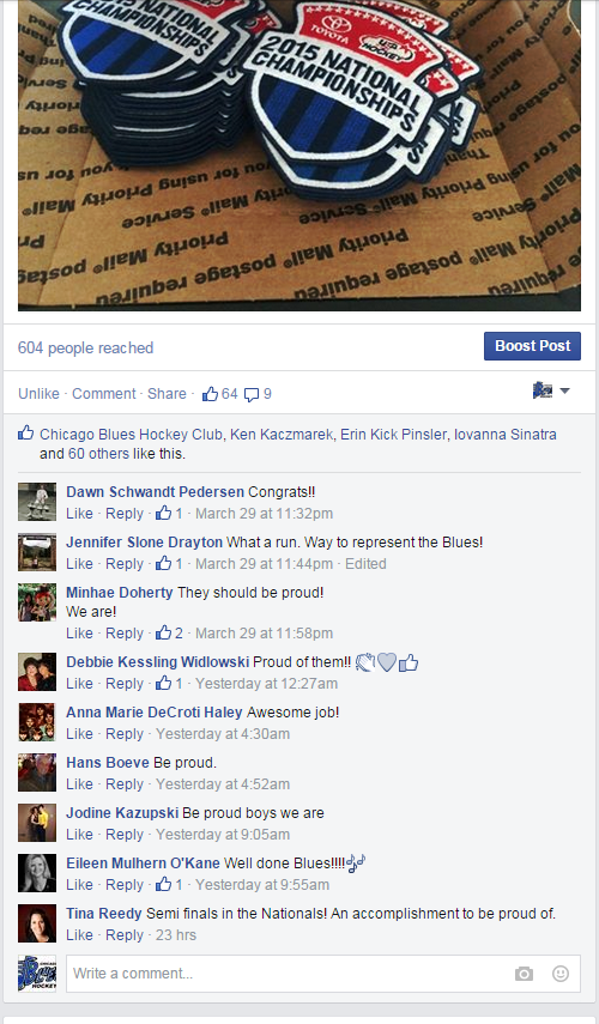 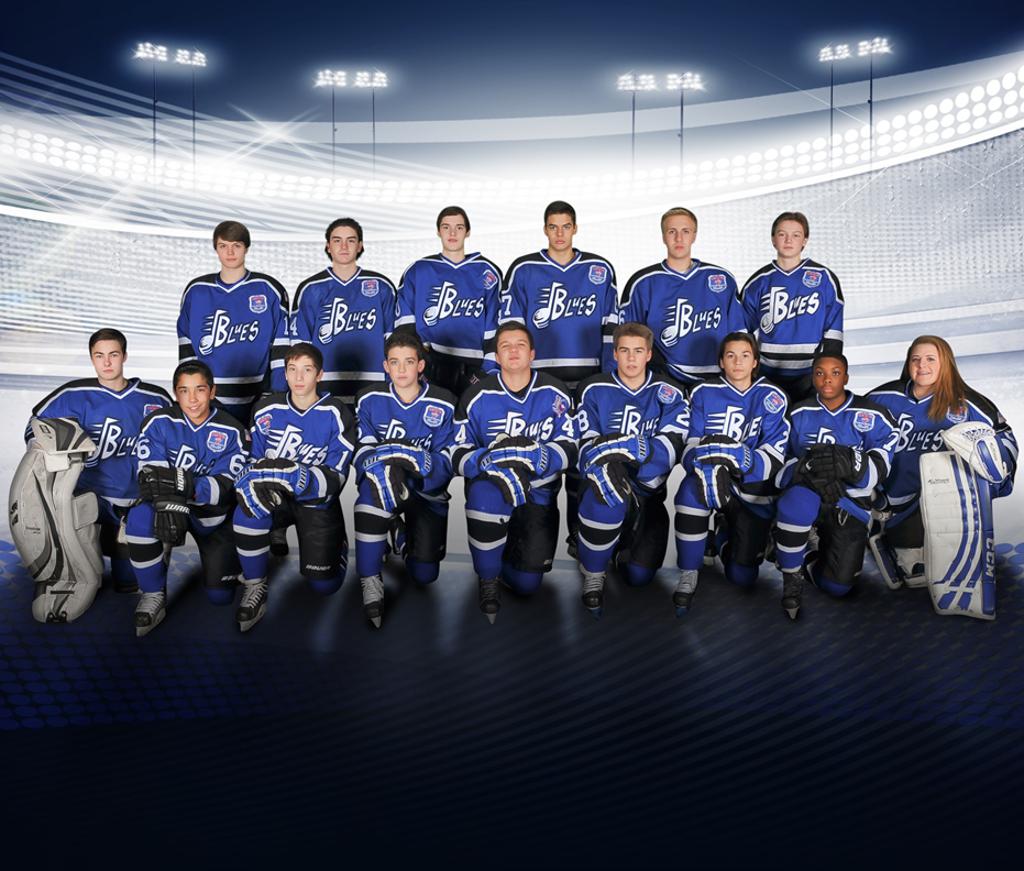