DETROIT - The Chicago Blues Bantam Major CSDHL squad wore the USA crest on their sweaters over turkey weekend and went undefeated at the Nation's Cup tournament in the Motor City. All five games were against teams from Canada.

The tourney started Friday morning against the Ajax Knights. The contest was tied 2-2 in the waning seconds when Kasper Zabawa fought his way to the net and pocketed the game-winner with 15 seconds remaining for the 3-2 victory. Game two on Friday was a 4-1 defeat of the Mississauga Jets.

Saturday brought victories over the Sarnia Junior Sting 4-2 and Humberview Huskies 4-0. In the final seeded games the Blues once again defeated Sarnia with a 3-0 shutout. Hockey Director Joe Corvo and coaches Derek Zabawa and Rob Colantonio kept the boys motivated, focused and sharp the entire weekend despite missing three players due to injuries. USA! USA! 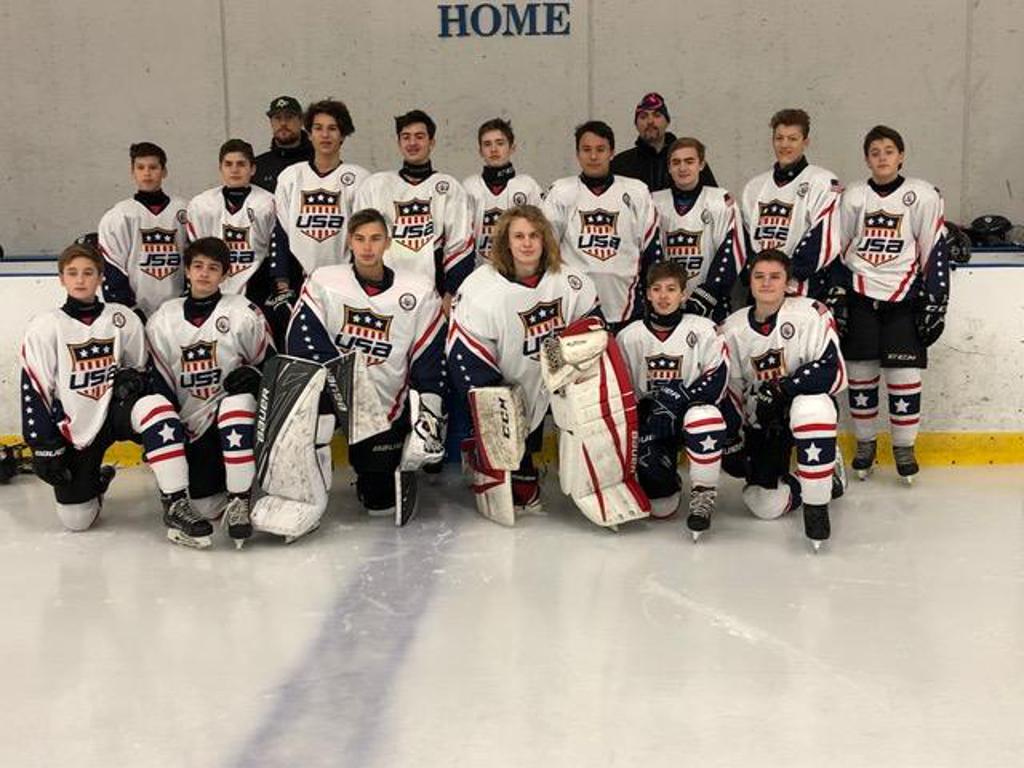