What a great weekend we had at the Chicago Holiday Toy & Coat Drive, in concert with the Village of Bensenville. The Chicago Blues family stepped up big time to donate bins and bins or clothing and toys, along with more than $500 in cash donations which the Blues used to buy even more coats and toys.

Thanks to the volunteers who took time over the weekend of November 16-18 and everyone who donated items and cash for such a wonderful cause. And a special shout-out goes to Chrissy Brown (center in photo below), who served as the lead organizer of the event. Speaking of shout-outs, the Chicago Blues Hockey Club was also mentioned in a Chicago Tribune article!

Here's what Bensenville Community Liaison Steve Skurski had to say: "I wanted to thank the Chicago Blues for the effort you put into collecting for this year’s Toy and Coat Drive! The toys and coats were picked up from the Edge and were distributed at Johnson Elementary School."

This was the third year in a row that Chicago Blues families helped others who are less fortunate during the holiday season. The Chicago Blues Holiday Toy & Coat Drive kicked off in 2016 as part of our club's 20th anniversary celebration. 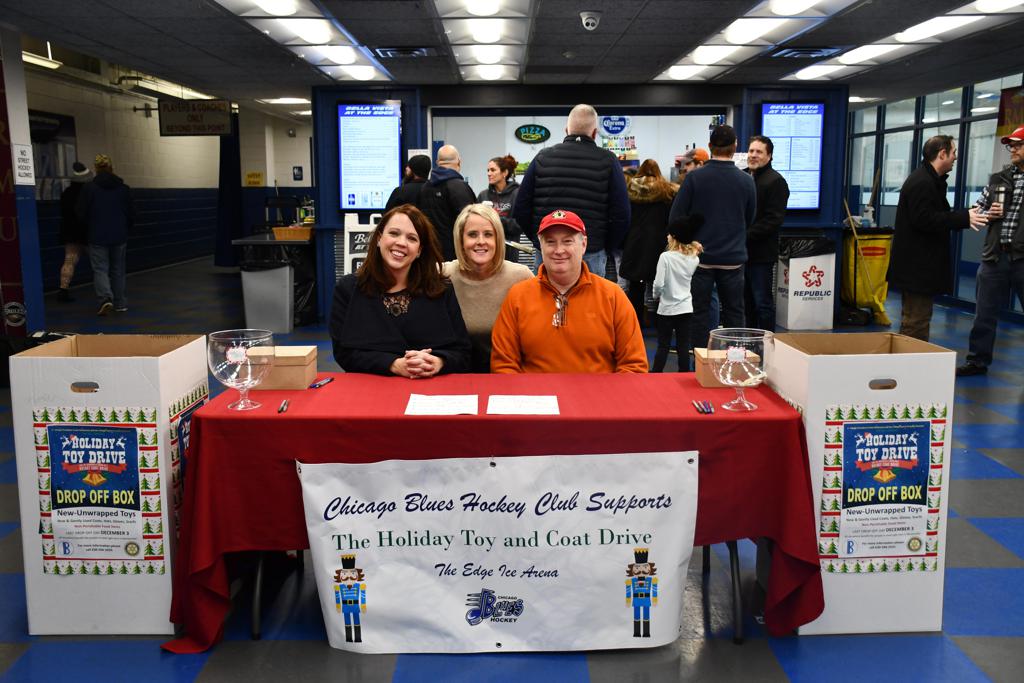